Pet Heroes – Service dog goes above and beyond

Whichever field they work in, service dogs are already heroes and worthy of our adoration. Be they searching for survivors after an earthquake, sniffing out explosives or simply helping people live as independently as possible. They truly are our best friends and often our bravest and most reliable companions. That’s certainly true of Figo, a golden retriever and the seeing eye dog of 62-year-old Ms Stone.

Ms Stone is a resident of the village of Brewster, New York. At 8.15 on a Monday morning she was walking to the shops with Figo, as she’d done hundreds of times before. She was crossing the road to near the Xtra Mart gas station when the drama began to unfold. A Brewster school bus, carrying Kindergartners to St. Lawrence O’Toole Childhood Learning Center rounded the corner and was heading straight for her and Figo.

With no time to pull Ms Stone to safety, Figo did the best he could, throwing himself in front of the vehicle in an effort to shield his owner from the worst of the impact. Both the dog and lady were injured with Ms Stone suffering a fractured right elbow, three broken ribs, a fractured ankle and a cut to her head whilst Figo’s leg was cut to the bone. But if it hadn’t been for Figo’s heroic actions, his owner’s injuries could have been much worse.

Ms Stone was rushed to hospital in an ambulance, whilst the fire brigade took Figo to the nearest vet. Thankfully both recovered from their injuries and Figo became one more dog in a long line of canine American heroes. 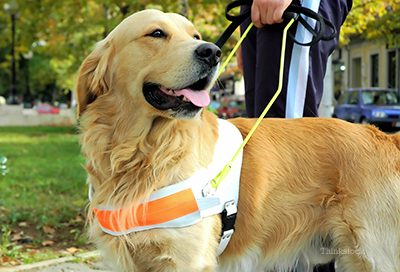